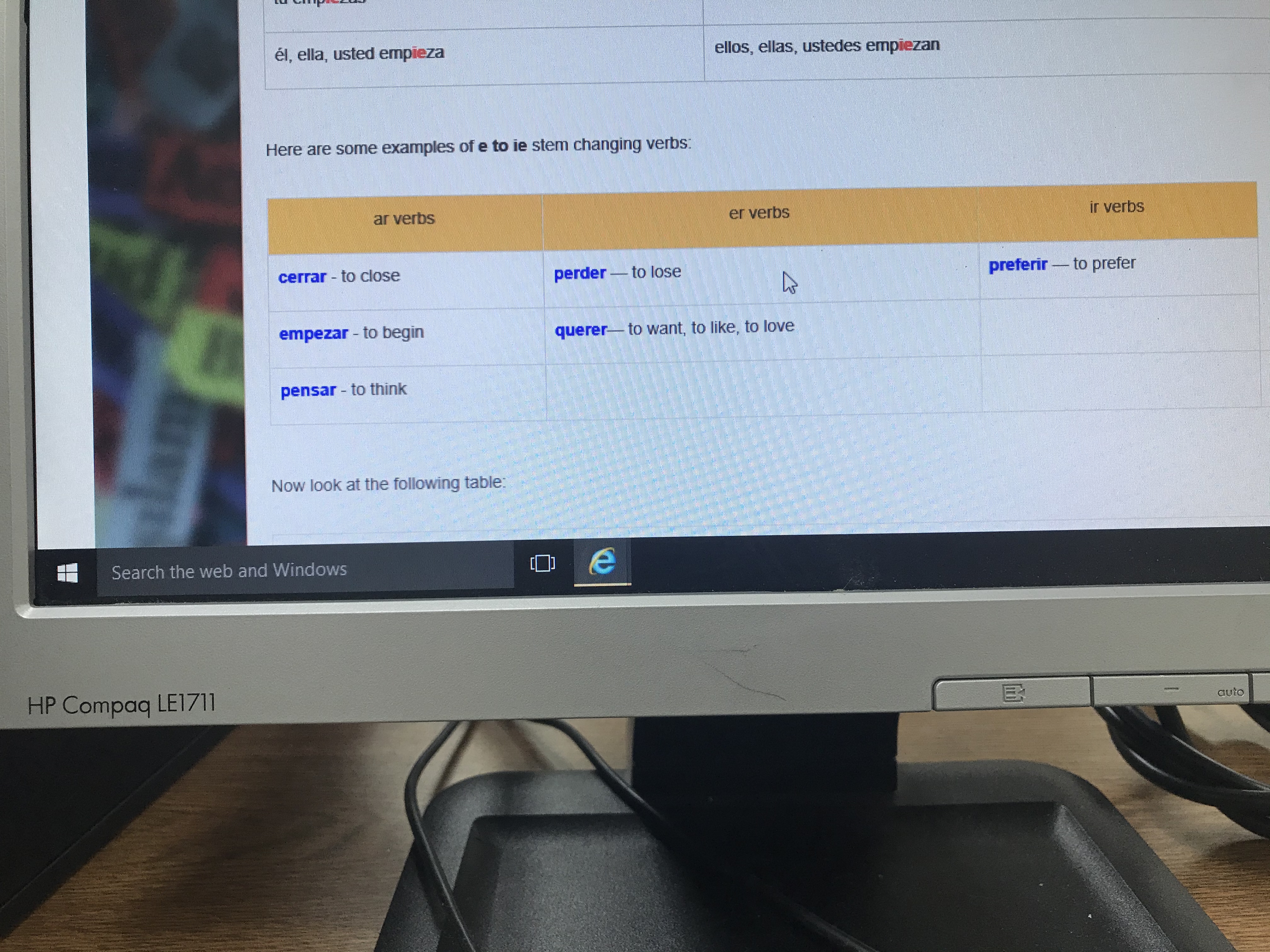 By Emalee Foster and Kaylee Neal

This year, due to teacher shortages, Nicholas County High School had to go to their last resort-Virtual Spanish.  Virtual Spanish is Spanish on the computer, which is monitored by Mr. Spencer. Mr. Spencer said, “I was nervous at first, but students have proven themselves more than capable.”  Richwood High School teacher Mr. White will be transferring to teach Spanish II next fall.

First period student Courtney Bates said, “The Spanish class is difficult not having an instructor that speaks Spanish to help you, but, other than that, it’s pretty simple.”  Courtney is doing well in the class and hopes that she will pass the class and get her foreign language credit.

Third period student Baylee Estudillo said, “My thoughts on the class is it’s confusing, but it’s okay.” She said that the only equipment they use is headsets and computers.  Baylee hopes to pass the class with an A.

Virtual Spanish is challenging because the students don’t have a teacher that speaks Spanish.  Mr. Spencer is doing his best to help the students.  Mrs. Esteban and her husband took on the class on top of their regular Spanish classes.  NCHS students are doing well in the virtual class.