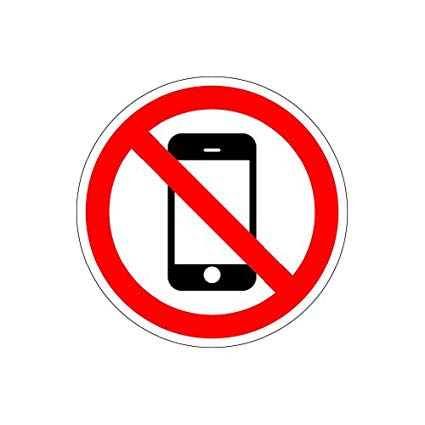 By Macy Ward & Canessa Taylor In the past school years, Nicholas County High School staff members have found themselves with a plethora of cell phones due to students disobeying the cell phone policy. Could this year be any different?

The new 2019-2020 school year cell phone policy gives NCHS students the opportunity to use their cell phones during second breakfast and lunch. Cell phone use during class time and in the hallways remains prohibited, however.

The response from students has seemed to be mostly positive. NCHS senior, Adrienne Bounds, said she likes the new cell phone policy explaining, “Kids have more time on their phones…Everyone’s agreeing to it more than the past cell phone policy.”

Some teachers such as Mrs. Morrison still don’t feel the policy has been properly adjusted to students needs saying, “Students are still using cell phones all the time.” She says the number of policy violations have not gone down at all this year in her classroom, and she hopes for a more lenient policy in the future. Mrs. Morrison further explains, “I think that we need to teach students how to responsibly use cell phones…and allow them to use them in their leisure or down time because cell phones are not going away.

Vice Principal Mr. Jarvis explained that the policy was created by a leadership team that meets once a month, although a lot of student input was taken into consideration as well. He also stated that he believes “our policy will evolve based on educational needs and new technology.” So, students may be seeing an even more lenient policy being implemented in NCHS as time goes on.