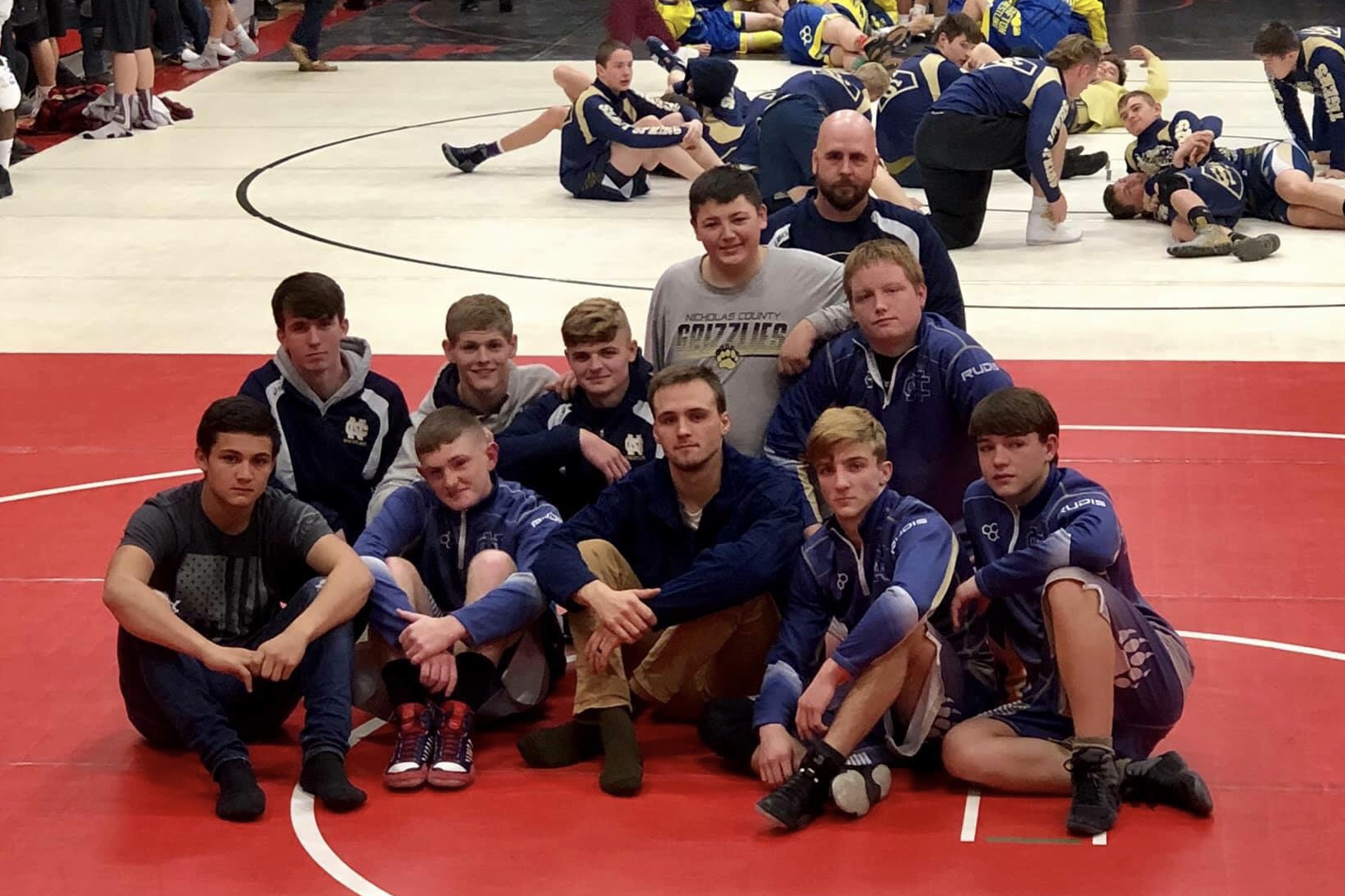 The Nicholas County High School Wrestling Team has kicked off their season. Their first meet was at Point Pleasant on December 7th and 8th, 2018. This week, the team will go to Calhoun County, and during Christmas break they will travel to Lewis County.

Matt Amick, a senior at NCHS, is sad that it is his final season wrestling for NCHS. “It’s depressing, but I’m trying to make the most of it,” he said. Matt has wrestled for NCHS all four years of his high school career and also wrestled for most of his childhood.

At the first meet, Matt had a 5-3 record. He says he has some things to work on, and he is hoping to do better in upcoming meets.

Mike Rader is another NCHS senior who has wrestled all four years of his high school career. During the first meet, Mike didn’t perform as well as he would have liked. “I got [beat] but it was a learning experience,” he said.