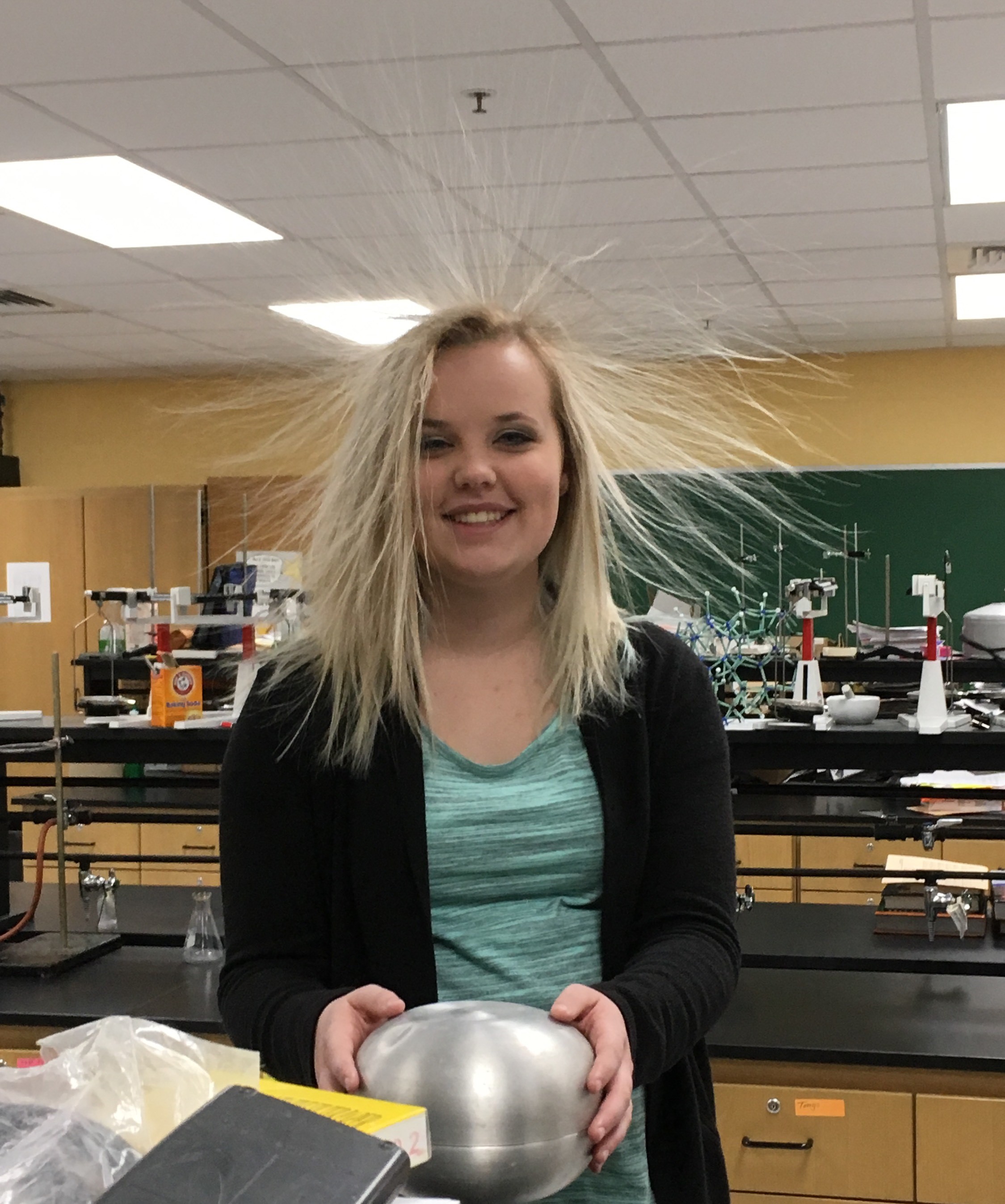 Mr. Shifflett does this project about once every four years, so it was a privilege to get to participate in this activity this year.  Throughout the activity, the students gained a fuller understanding of static electricity and how it relates to the study of chemistry through a hands-on approach.

“Is it going to hurt me?” said Emmalea Johnson.

“No, it will only hurt a little,” joked Mr. Shifflett.

Students were encouraged to not use any hair conditioners prior to participating in this experiment because the conditioner causes the hair to resist the effects of the electric current (the effects are the hair standing straight up).

“I think that everybody had a great time during this,” said Mr. Shifflett.